ABAYA IS THE NEW OIC OF PNP-LINGAYEN

Abaya, who hails from Bangued, Abra, paid a courtesy call to Mayor Leopoldo N. Bataoil and Vice Mayor Judy Vargas-Quiocho upon his assumption to office.

He then vowed to work hand-in-hand with the executive and legislative heads of Lingayen to maintain and even strengthen peace and order within the jurisdiction.

Prior to his new assignment, Abaya served the Police Community Affairs and Development Branch at the Pangasinan Provincial Police Office (PPPO); and as a Chief of Police of the Tayug Police Station and Umingan Police Station; among other posts since joining the police force.

He is a graduate of the Philippine National Police Academy and a holder of Master’s Degree in Public Administration, major in Police Administration.

Abaya replaced PLTCOL Theodore A. Perez, who was reassigned to the Personnel Holding and Accounting Unit of the PPPO.

Perez, in his social media post, thanked the people of Lingayen led by Mayor Bataoil and department heads for the privilege given to a “Manila Boy” to be the town’s Chief of Police for 1 year 1 month and 17 days.

He also expressed his gratitude to the PPPO spearheaded by Police Colonel Redrico A. Maranan, and to the entire composition of the LPS. (MIO) 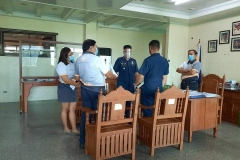 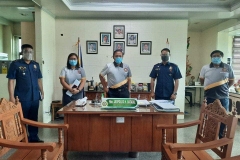