STAKEHOLDERS BACK UP THE DAANG KALIKASAN DEV’T PROJECT

Different stakeholders expressed their support toward the Daang Kalikasan Development Framework, a plan which was developed to advance the overall development of the quickly celebrated national road in this town.

During the Stakeholders Consultative Meeting on September 18, 2020 held at the Manleluag Spring Protected Landscape (MSPL), Mangatarem, Pangasinan, elected officials, concerned government agencies, and other organizations presented their recommendations on how to go about defining a systematic, integrated, and holistic development approach for Daang Kalikasan and its immediate environment.

Among the participants was Lingayen Mayor Leopoldo N. Bataoil, then Pangasinan second district congressman, who lobbied for the funding of said ecotourism road project.

Bataoil urged other stakeholders to continue their efforts for the Daang Kalikasan, which he envisions to be the home of the largest and longest protected landscape in the Philippines and the next worldwide top tourism destination.

“This project will not only center on environmental protection and tourism promotion, but it will also spur economic development and livelihood opportunities for our people,” he said, underscoring that he will continue supporting the project, now as the Chapter President of the League of the Municipalities of the Philippines for Pangasinan and as the Provincial Advisory Council Chairperson.

He then asked the government line agencies to support people’s organizations in the area and to engage them to actively participate in the Daang Kalikasan Development Framework.

Meanwhile, the Department of Public Works and Highways (DPWH) and the Department of Environment and Natural Resources (DENR), through their regional and district officials, vowed to work together, with the former having jurisdiction over side ditches/canals as well as on the “no build zone” and the latter to deal on the development zone of the road.

For its part, the host municipality of Mangatarem, is tasked to complement DENR’s efforts in coming up with decisions on allowable land uses.

Now temporarily closed to tourists to give way to its continuous construction, Daang Kalikasan is a 54-kilometer national road project connecting Brgy. Muelang in Mangatarem, Pangasinan and Brgy. Guisguis in Sta. Cruz, Zambales.

2nd District Congressman Jumel Antony I. Espino was also present in the meeting who vowed to support the project and source funding for the development plan. 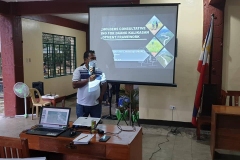 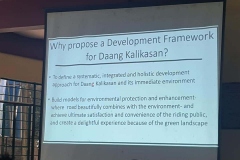 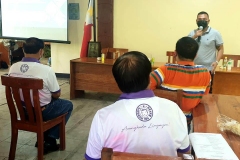 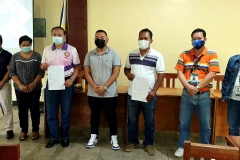 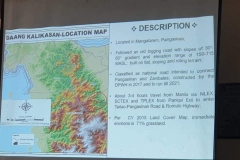 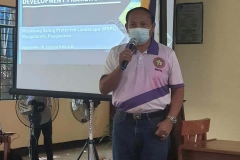